WHAT MAKES A GOOD STORY by Rex Weiner

Tony posting grandkids pictures on Facebook, was how Nick found him. He’d accepted a DM about a friendly reunion for old times’ sake.
“I’m old!” he texted. Nick was still going to kill him.

Looking at Tony now, standing across from him at the end of the deserted Brooklyn dock, the loitering sun over the East River touching the Manhattan skyline, Nick might have backed off. The deep-set eyes no longer joked, the freckled pate missing the greasy kid pompadour, jowly cheeks replacing the sharp jawline of a callow tough, the once-taut physique now a rounded slump. Lot of water under the bridge since the last time seeing Tony, the boss’ right-hand guy slash gofer, pushing a dolly around a Bronx warehouse.

Nick was no spring chicken either, pot-bellied, re-built knees, titanium hips. Desk-bound hours at a time for all these years, churning out spy novels, westerns, cozy mysteries, and sci-fi epics under a dozen names for pulp publishers didn’t help. Didn’t pay much either, but along with the freelance editing jobs, it was a living. He’d paid his dues. But this particular debt was long overdue. Anyone else might have written it off after fifty years. He’d sworn to himself to make good, and now Nick had Tony right there in front of him, the .45 aimed straight for his heart.

“You think you know the story,” Tony said, blowing smoke from his Marlboro Light. “but you don’t.”

“Shut up,” Nick said. “I know everything I have to know. Ever hear of FOIA—Freedom of Information Act? I went through the FBI files. The newspaper clippings. The whole schmear. Did my research. All these years later, now I know. You were their guy, Tony. On the inside.”

“He wasn’t hurting anybody.

“Larry was my friend. He was almost like an uncle to me.”

“Larry was my uncle.”

“He was my first editor, goddammit! First one to take my writing seriously, even though it was just crap.”

“Always a good place to start,” Tony said, flicking his cigarette into the river.

Larry Zee was going legit, he’d told Nick. CAD Editions, a line of dirty books named after his three kids, Cathy, Andrew, David, was turning a tidy profit distributing “erotica” written under pen names by broke, aspiring novelists like Nick, so onward and upward. Larry Zee (AKA Lorenzo Zacchetti) was running the family’s vice rackets and could do what he wanted. Nick would drop by the warehouse in the East Bronx, hand over his latest manuscript, get paid cash money—and talk literature with Larry for hours instead of those humdrum university classes he was supposed to be attending. Faulkner, Hemingway, Fitzgerald—those names they tossed around. This was a real education. Larry respected writers. He’d once wanted to be one. Boy, did he have stories to tell, growing up with a big Italian family! But instead of college Larry went into business, the family business. It had to be that way. He still had dreams, though. Like Grove Press, like Olympia, edgy books penned by a stable of break-through authors like J. P. Donleavy, Terry Southern, and Samuel fucking Beckett, yeah. Barney Rossett, Maurice Girodias—that’s the kind of publisher Larry Zee was going to be.

“Larry read what I wrote. He even gave me notes. Scribbled in red ink in the margins. ‘Good story’ he’d always say at the end. ‘You always know what makes a good story, Nick.’ He said he was going for quality lit. So I gave him my manuscript, my first novel. Then headlines about a Mafia hit. No more Larry. Never got the manuscript back, my only copy.”

“And you—you just kept on being a hack writer.”

“My first novel published, jeez—life would’ve turned out different. Maybe yours, too, instead of a mob punk.”

“It was brilliant, Nick. You always knew what makes a good story. Hey, I read everything you wrote. Who you think did those notes? That goomba, Larry Zee? Never finished high school. I had two years in community college—English major. That red pen in the margins was mine, Nick. All that bullshit about Fitzgerald, Hemingway—Larry Zee faking it, never cracked a book in his life. C’mon, Nick, who handled the editorial for CAD Books? You’re looking at him.”

“And the feds couldn’t touch you because you were their snitch.”

“Something like that. The bosses liked things as they were, and me in charge is what kept them happy. Dropped the erotica line, went hard-core. That’s where the money was. Internet’s finished all that now. Anyway, I was your first editor, Nick. Can’t we be friends?”

Nick thought about it.

“And I’m sorry we lost your manuscript.”

Nick squeezed the trigger and watched Tony’s body splash, swept away into the river’s dark swirl.

It would make a good story.

Rex Weiner is an editor, author and journalist. His stories and articles have been published in Vanity Fair, The New Yorker, Los Angeles Review of Books, The Paris Review, and Capital & Main, and his fiction appears in Switchblade Magazine, Broadswords & Blasters, Pulp Modern, and Econoclash Review. His tales about a detective working in the music business, serialized in the LA Weeklyand New York Rocker in 1979-80, became the 20th Century Fox movie The Adventures of Ford Fairlane. Collected in a book for the first time, The (Original) Adventures of Ford Fairlane: The Long Lost Rock n’ Roll Detective Stories was published in 2018 by Rare Bird Books. He was a speaker at the 2018 Bouchercon and is a co-founder of the Todos Santos Writers Workshop. Website: rexweiner.com

Previous BOBO AND THE KNIFE by J.B. Stevens
Next THE TOASTER by Alexis Gkantiragas 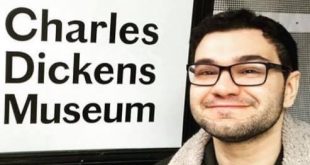 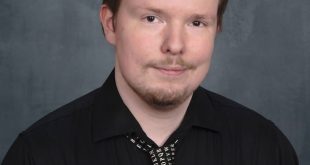 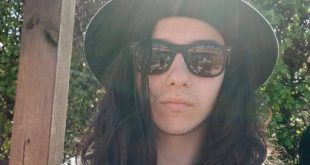 THE TOASTER by Alexis Gkantiragas

BOBO AND THE KNIFE by J.B. Stevens