Sometimes it is best not to get involved. Although, I’ve never been a person to sit by and let things just happen. Maybe it is best to mind your business. I was living in this apartment. Things were fairly peaceful and then the new neighbors arrived.

The cuffs are tight. They are cutting into my flesh. It is stifling under the interrogation lamp. I sit there and wait. My chest is tight, My heart is pounding fast. I am waiting for my lawyer. Same thing in the movies. Good cop, bad cop. The whole routine. I’ve never been in much trouble before. Except that thing once.

All I heard was screaming. Day and night. Broken dishes. Tears. There was definitely trouble there. It was the man, the lady, and the step daughter. I once asked Mrs. Shelby (the lady), what her husband did for a living in passing. She said he was a cook and slammed the door. Mrs. Shelby had bruises on her face. The step daughter, Cheyenne, was about 21. Didn’t seem like she did much. I wondered how they could stand it. 3 grown people in that one room. The cigarette smoke and often pot seeped through the cracks in the door.

They take the cuffs off. I can breath a little easier. They bring me some Lucky’s and cup a coffee.

“So what was your relationship with the Shelbys,” asked the one bald cop .

“My relationship? Not much. I saw them in passing. I heard her screaming a lot and it seemed like the husband, the cook, was always beating the wife.”

“What about the step daughter?”

“She screamed too. There always was a lot of noise coming through.. Sometimes Mrs. Shelby would be screaming about the “thing.” It seemed she was searching for a sort of artifact, heirloom.”

“On Tuesday, anything different?”

“Not really. I came home from work, The screaming started. It started when I heard a door slam, and Mr,Shelby walked in.”

One night, there was more thumping then I had ever heard. Someone was getting beaten hard. I was transported to back when I was 12 and my own father.

“Were you aware that Ike Shelby was a Crystal Meth cook?.”

“Oh, that kind of cook,” I said chuckling aloud.

“She said you were in on it,” said Baldy.

“Mrs. Shelby said that you and him were in business. That you had some dispute left him dead.”

I banged on the door. The day I told you about…when things were really bad and I heard him beating on the wife. He answered the door in his boxers and tank top. His eyes. Souless. Meth takes away souls I’ve heard. I kinda pushed in and you know, we got into it. There was a ton of cash on the table along with the drug-making shit.

Just then, a shotgun blast nearly cuts Shelby in two. Mrs. Shelby stands there laughing also with the soulless eyes. And then Cheyenne laughs.

“Quick move,” said Mrs,. Shelby. The two of them swept up the left-over drug paraphernalia and the shotgun, and the cash. Cheyenne scurried out the window with all the stuff with the help of Mrs. Shelby.

“I was in a state of shock. I kinda blacked out. Don’t remember much. Just sitting down in the office of the joint waiting for you guys to arrive,” I said.

“You said there was cash,” said Baldy Cop.

“Yes,” I persisted, “looked like at a few thousand on the table… and some equipment for making drugs I recognized, but not a full meth lab,”

“Mrs. Shelby or the stepdaughter didn’t mention anything and they said it was you that you shot him with the shotgun..”

“Problem is we can’t find the gun. There was no drug making stuff either. They say there was this missing necklace… An heirloom from Mr. Shelby’s grandmother. They said you took it.”

“All I tried to do was to help them out.”

They got the warrant to search my place. They found a gun, with prints wiped off. They found drug making shit and they found Shelby’s necklace. It was enough to hang me. Cheyenne must of busted that shitty lock on my door and planted the shit after she scurried out the window, before I went into blackout.

Rumor has it Mrs. Shelby and Cheyenne are in South America spending the money they stole and from cashing in the necklace…it seems the one Mr. Shelby didn’t want her to have. They found it in my apartment.

Why did I have to be the hero? Sometimes its best to mind your own business. You don’t know the ins and outs of things. Best to leave well enough alone.

I had to learn that….the hard way. 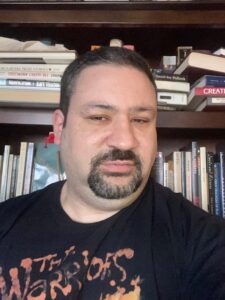 William “Bill” Blick has been publishing crime fiction for over a decade, appearing in such publications as Beat to a Pulp, Pulp Metal Magazine, Twist of Noir, Thrillers, Killers and Chillers, Near to the Knuckle, and Out of the Gutter. He is a librarian and assistant professor at a college in Queens, NY, and also has also written and presented academic papers on crime fiction worldwide. His influences are Jim Thompson, Elmore Leonard, Daniel Woodrell, and George V. Higgins. 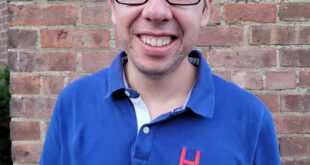 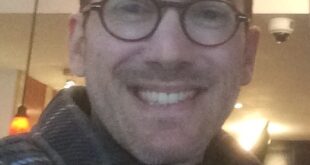 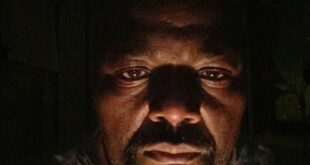 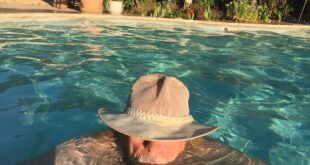