It was a wet January morning when my late wife called. She wanted to meet me for a drink.

“It would be good to catch up,” she chuckled through the phone. I agreed to the sentiment, as well as when she wanted to meet. It’s impolite to refuse the dead, after all.

We met down at Sullivan’s, our local. I saddled beside her at the dark wooden bar and ordered a beer. She looked better than expected. Three weeks in the ground and she looked near fresh. Maybe it was an imposter.

She pulled her ear slowly, drawing out the lobe like a grape in a winepress. The tattoo on her right hand winked at me between her fingers. No impostor. “Evening, dear,” I mumbled.

“So cheery, love,” she said. “Thought you’d be happy to see your loving wife again.”

“Under different circumstances, certainly.” The bartender didn’t flinch when he brought my beer. There are much stranger things in the world nowadays than the dead coming back. I raised my glass to my wife’s “good health.” After a sip, I asked if she was drinking.

Her eyes tilted down. Liquid had pooled beneath her bar seat, dripping from a hole in her stomach. “Tried to have a vodka-soda, but…”

I chugged my beer halfway, trying to ignore the hole in her stomach. “What happened to your hands?”

Cuts covered her palms. Dirt had clotted beneath her broken fingernails. “Had to dig myself out of a hole. Took a while, but after you die, everything else seems easy as breathing.”

“How are you feeling?”

“Well, all things considered.” She looked at her gaping stomach. “I’m just wondering where this wound came from.”

“An animal or something?” I chugged the other half of my beer, leaning back against my chair. My pistol cut into my back. “You didn’t have it last I saw you.”

“What’s the last thing you remember of me?” She found a table knife and rotated it on its point. Light refracted in her eyes as she spoke.

“It was snowing. You went for a walk in the woods. You never came back. Cops looked for three weeks. Nothing.”

“You were there. You were in the woods with me.”

“No, I wasn’t.” The barkeep refilled my beer. A momentary torque of his face showed his nose was still working.

“Your mind is playing tricks on you.”

“What’s the last thing you remember?”

“A loud noise. Like a gunshot. And your face.”

My pistol radiated heat against my back. Just get her outside and finish the job, I thought.

“I wasn’t there. You went walking alone.”

“Whatever you say.” I pulled out my pack of smokes and offered her one. She declined. I shoved one in my mouth. “Care to join me while I smoke this? No secondhand smoke for you.”

January cold was bitter, but the winter stars were sparkling. We were alone. “So, why did you call me up?” I said between drags. My feet started shuffling away from the bar. My late wife followed.

“Trying to figure something out.”

“The day before I died, I found a voicemail someone left you.” She was on to me.

“Lots of people do that.”

“Do lots of women do that?” A few more steps from the bar would be far enough.

“You remember what I do. Makes sense women would leave messages.”

“How many say they love you?” I drew the pistol and put it to her head. She jerked away and stabbed the table knife into my neck before I could pull the trigger. My hand opened and the gun dropped to the pavement. I hadn’t thought she’d be that quick. “You didn’t think I’d heard my friend say that? Didn’t think I knew what you were doing?”

“Not…before…” I could barely force words past the blade.

“You could never do anything right. What made you think you could kill me?” She pulled the knife from my throat and shoved me to the ground. She picked the pistol from the snow-dusted pavement and aimed it between my eyes. She remembered what I’d forgotten: you have to destroy the head to make sure they can’t come back.

N.B. Turner is a writer living in Virginia, remembering and trying to honor his time growing up along the Great Lakes. He’s published short fiction in Hoosier Noir, Shotgun Honey, and Rock and A Hard Place Magazine, as well as poetry in The Daily Drunk and Punk Noir.  You can follow him on Twitter at @NathanTurner15.

Previous All the Shit Eaters by Stephen J. Golds
Next These Dead Amongst Us Again by Richard Barr 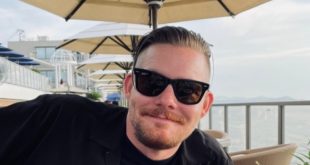 All the Shit Eaters by Stephen J. Golds 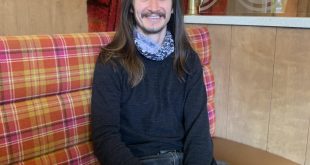 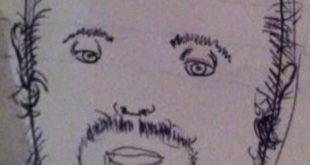 Singles In My Area by Harris Coverely