Barb Dwyer, an old washed up has been who was the irritation of local landscapers due to her reputation of unwanted physical advances, passed away Tuesday. She was found dead by her neighbor’s garbage can holding a discarded tube of glue, from what sources say was attributed to recreational fume inhalation at the sexpot age of 78.

Estranged family members lovingly remembered her as a habitual liar. Thespians ecstatically describe her as living in delusions of grandeur from a film career that was a front for her prostitution proclivities. While film critics honorably recall her as the worst actress to ever come from the gutter, church members that knew Dwyer in the biblical sense were absolutely shocked her death revolved around anything other than a venereal disease.

An only child, Dwyer was born into the bowels of entertainment at the USO during World War II. A chance encounter between her enlisted father and cigarette girl mother culminated in a bathroom stall experience that resulted in her conception. Abandoned by her mother, her primary years were spent honing her craft as a shake dancer under the tutelage of her father. Life was hard following his dishonorable discharge for smuggling alcohol. Bootlegging and his daughter’s off key performances to entice customers to buy liquor moved them up to baseline poverty.

Domestic violence and finicky customers provided her the training ground necessary for learning the stage arts, and she excelled to keep the bruising down. Not a classic beauty, a premium diet of soda crackers, ketchup, and water during her childhood shaped a disproportionate body in her teens. A chance encounter with a seedy dive bar owner known for discovering well-endowed mediocre talent gave her the big break she’d been looking for. Despite having no formal training or natural rhythm, Dwyer had a commanding control over the weight of her lopsided bosom and immersed herself into the world of shake dancing.

Early routines were considered a tumultuous marriage of involuntary muscle spasms from battery acid ingestion and severe epileptic seizures that awkwardly accentuated her flaccid, flopper knockers. On more than one occasion during performances, Dwyer’s dirty pillows knocked her unconscious, and was attributed to a permanent concussion of the master of ceremonies. Word got around town and the damning accolades boosted her popularity and ego enough to make her seek fortune in the big city, transitioning her experimental routines into unfamiliar territory.

Competition was fierce as shake dancing gave way to the modern stripper culture. Dwyer met with less than stellar success, spearheading her decades long intensive practicum in nude performance, occasionally dabbling in acting amongst the street walking modicum. Fortunately, a series of arrests for premeditated assaults forced her into dance retirement. A few clients that had severe injuries from erratic contact with her funbags sued for punitive damages. Club owners not wanting to take the heat blackballed her right out of the business.

Boastfully destitute, she tried her broken hand at acting. A series of one-nighter blow jobs acquainted her in the graveyard piths of Hollywood and on the doorstep of drug dealers using production companies to launder their money. A suck and swallow audition secured her a supporting role in bad knockoff horror flick Dracula Versus Garlic Cheeseman, which the MPAA refused to rate. A slush of bad reviews got her career getting on the map as exit ramps. Highly regarded as the worst interpretation of characters ever assembled in the vampire universe, it garnered two sequels, Vlad The Flatulent Impaler and Turgid Tepes. A box office dud everywhere on the planet but the undergrounds of the Soviet Union, a bad star was born.

“Barb Dwyer? Woof, what a ugly mug! A homely girl with a face even a mother couldn’t love.” said a Ben Dover, gaff and grip of Turgid Tepes. “But she always could get gigs. She was on time, a hard worker, gave a good wet willie without choking, and always brought gin on set for us. Two bottles in she looked like Lana Turner’s twin to everybody drinking.”

Her next film, the no budget cult classic Wild Armpits, brought no success but crew associations who introduced her into the world of cheap recreational glue huffing. Her acting was affected by the usage, making her impossibly worse than the bottom threshold most thought she couldn’t penetrate. Experimentation with harder glues branded her as harder to work with; by the early eighties she’d abandoned her career and was broke, consumed in an addiction huff mainlining industrial grade adhesives.

By the 1990s, Dwyer was constantly in and out of jail on drug charges. A final arrest being caught buying aftermarket medical grade cyanoacrylate glue from undercover officers posing as Mexican connects landed her a jail stint with mandatory rehab. A partial step in the right direction, she couldn’t fully kick; with help she downgrade her addiction back to nontoxic Elmer’s glue. Following her release, she was informed her estranged father had bought the farm, and she returned to the dilapidated childhood home he let go to pot.

The prodigal daughter was not welcomed back with open arms. Rumors abounded of Dwyer aggressively manhandling illegal immigrants, threatening to turn them in if they didn’t return her sexual advances. Local church members claim she attended services to solicit clients for prostitution. A visibly inebriated impromptu praise dance meant on seducing prospective men paralyzed a deacon and left an usher in a coma for two months.

Barb Dwyer expired from complications of acute fume inhalation from a poisonous dumpster dive resulting in a dead end. No one knows how she found out about the automotive grade glue remnants in the garbage can, but the result has resurged community leaders into fighting the glue lobby and Congress for tougher laws and higher taxation on retail adhesives in the public. Political leaders say Barb Dwyer’s death could have been avoided with proper treatment and have vowed to bring further awareness about the glue huff epidemic. A protest march is scheduled for Saturday morning. 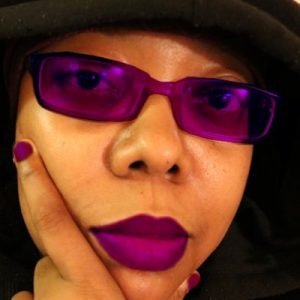 Tia Ja’nae is a Creative Writer and Master Propagandist. In her spare time she is a Trekkie, classified by the order of your government.

Previous THE HEAVINESS OF TIME by Nils Gilbertson
Next THE TICKET by A.R. Bender 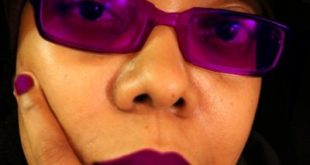 The Hard Woke Tutelage Of Okey Honkey by Tia Ja’nae 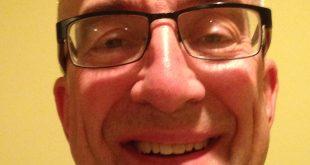 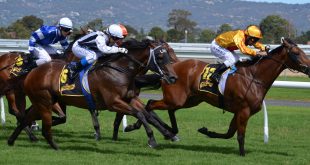 THE TICKET by A.R. Bender 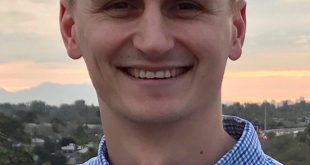 THE HEAVINESS OF TIME by Nils Gilbertson