THE SHOVEL by Alan Orloff

Mira screamed down the interstate in her beat up Chevy, her sister Zoe riding shotgun.

Without any warning, Zoe turned toward the passenger-side window, lifted up her T-shirt, and flashed the driver of the eighteen wheeler in the next lane over. “Woooo!”

The trucker showed his appreciation with two toots of the air horn.

Ten seconds later, she pulled her shirt down and faced front. “I missed doing that, Sis. Can’t flash truckers in prison, you know. Can’t do a lot of things in prison.”

“I guess that’s why it’s a punishment.”

“Do you hear that?” Zoe asked.

“I don’t hear anything.”

Frrrppppp. Zoe farted, and a few seconds later, Mira caught a nasty whiff. “Must you be so disgusting?”

“She who smelt it, dealt it!” Zoe roared.

“Will you grow up?” Mira said as she hit the gas, trying to get far ahead of the trucker, unsure of what body part her sister might want to display next. Zoe’s development had been arrested at age eleven—then she’d been arrested nine years later. No one had been surprised, both of their parents were career criminals, and that bit about rotten apples not falling far from the tree was true.

Yesterday, Mira had fetched her from the state pen after seven years of incarceration. Zoe’d been sentenced to ten for armed robbery, but she’d gotten three years off for good behavior.

Mira would have wagered a large sum of money that Zoe’s behavior hadn’t been that good, but the warden had just been tired of dealing with her. Now Zoe was Mira’s problem.

With the trucker far in their rearview, Zoe rolled down the window and stuck her head out, like a dog. She even started barking and howling.

Mira hit the button to raise the window and, taking the hint, Zoe pulled her head back inside the car. “You’re no fun. Never breaking the law. Never doing anything you shouldn’t. You always were a perfect little Miss Goody Two Shoes.”

Mira glanced at the speedometer. They were going over eighty, so, technically, Mira was currently breaking the law. Her Goody Two Shoes days were long gone. “Are you enjoying your freedom?”

“Oh, yes. And after today’s little drive, I’ll be able to enjoy it a whole helluva lot more.”

After Mira picked her up yesterday, Zoe had locked herself in the bathroom for two hours, with a jug of cheap wine, a couple of joints, and an entire bottle of bubble bath. Then she’d spent the night with some guy she introduced to Mira as Snake, “but in a good way.”

This morning, Zoe had come crawling home and begged Mira to take her for a drive in the country. She’d agreed and hadn’t asked why Zoe had stowed a shovel in the trunk.

“You’re the only one who will have anything to do with me,” Zoe said.

After she’d alienated all of their family, Zoe had started in on her few friends. By the time she got caught robbing the bank—her second in a week—no one except Mira would even speak to her. “You can start over. Get a decent job. Get your own place. Make some new friends.”

Mira held down two jobs—a server at the local greasy spoon and a cashier at the Bargain Mart. It wasn’t easy, in fact it broke her spirit on a weekly basis, but she managed. Didn’t have much to look forward to, and she could easily picture herself working these same two crap jobs until the day she died. She didn’t think she could support Zoe for very long without going completely broke—or completely mad.

“Can’t rush things, Sis. Gotta ease into my new sit-u-a-shun.” Zoe reached over and pinched Mira’s upper arm. “I know you’ll take care of me. That’s what big sisters are for, right?”

Yeah, right. “Are we almost there?” Mira asked.

“You betcha. Take the next exit, and I’ll direct you to our dest-in-a-shun.”

Ten minutes later, they were rolling slowly along a deserted country road, and Zoe was squinting at something off to her right. “Slow down, now.” Thirty seconds passed. “Here. Turn right here!”

There was no road to turn on, just two dirt ruts. “Here? Into this field?”

“This is the place.”

“Would I ever steer you wrong, Sis?”

Every day and twice on Sunday.“Okay.” Mira maneuvered the car onto the dirt track and they bumped along for a couple of hundred yards.

Mira hit the brakes and glanced around. Nobody in sight. No structures in sight. Just a few trees and lots and lots of God’s green grass.

She got the shovel, then jogged over to a large nearby oak. From there, she began pacing, counting off as she did, as if she were a pirate trying to locate some buried treasure.

When she hit “fifty” she stopped pacing and moved a rock that marked the spot.

Sweat soaked through Zoe’s T-shirt and dirt clumps caught in her hair, but after a little while of frantic digging, she stopped and nodded into the hole. “Bingo!”

Mira stepped closer and peered down at a piece of blue fabric protruding from where it had been buried under the dirt.

Mira gave Zoe some room and watched her finish uncovering her plunder. She handed Mira the shovel and dropped to her knees. With a couple of grunts, she hauled a bulging blue laundry bag out of the hole. She loosened the drawstring, stuck her hand in, and withdrew a stack of bills, cackling the whole time.

The authorities never had recovered all the money from her first heist.

Mira gripped the shovel tighter and eyeballed the hole.

She’d have to make it wider. Maybe a little deeper, too.

LISTEN TO AN AUDIO VERSION OF THIS STORY HERE!

ALAN ORLOFF’s novel, Pray for the Innocent, won an ITW Thriller Award. His debut mystery, Diamonds for the Dead, was an Agatha Award finalist; his story “Dying in Dokesville” won a Derringer Award; and “Rule Number One” was selected for The Best American Mystery Stories 2018. His YA thriller, I Play One on TV, will be released in July from Down & Out Books. Alan is currently the MWA Florida Chapter president. www.alanorloff.com 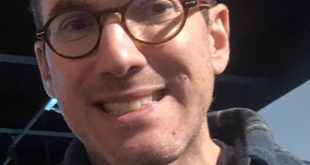 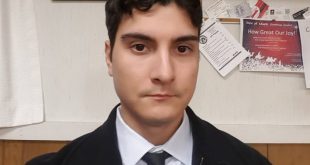 ACTION IN THE WOODS by Nelson Abraham Murray

JUST ANOTHER DAY by Anthony Watson