Bright sunlight reflecting off the glass front of his local DMV partly blinded Howard as he shuffled toward its entrance past cars across an over-crowded parking lot. Howard pressed a faded blue button causing the ill-fitted door to scrape across its threshold under the power of an automatic opener.

Entering the vestibule airlock, it took him a moment to adjust to the artificial fluorescent lights and the stale musty smell only encountered in such institutional places built decades ago. Howard’s feet scuffed the threadbare brown and fibrous carpet, likely original to the structure, as he pushed his body against the interior door forcing it to yield against him and grant access to the lobby.

The low white sound of a hundred idling people greeted him. Rows of little-better-than-folding chairs filled the room, themselves filled with all manner of fidgeting human bodies. Howard snagged his “take one” tag—Number 83—and found himself an empty chair between an elderly woman and the wall.

“Number 7… Number 7…” called the lady at the counter. Howard looked down to compulsively check his number as if it had changed, but the palm sized square continued to show the stately “83”.

He flashed the card at the lady next to him and chuckled, “only 76 to go.”

“Mmmm-hmm,” her only reaction as Howard turned back to looking at his shoes.

Howard had been sitting and waiting in the stuffy, humming room for 15 numbers. He was abandoned by the old lady at number 15, left isolated in the wilderness of his plastic-chair row with a poster of a 20 something declaring the benefits of “Real ID” as his only companion.

“You’ll never leave me.” Howard spoke quietly to the poster, periodically checking his number tag bouncing against his compulsively idling knee. “You look like a Charlotte or maybe a Maybell.” He grinned at his shoes, then glanced back to the poster. Howard went suddenly still and his smile froze into a confused expression as Maybell gave him a knowing wink. Looking around the room, down his row, behind and in front, no one paid the least bit of attention.

Howard looked back to his shoes, no smile this time. “Oh, are we not friends anymore?” A woman’s voice asked. Howard made a point not to talk to his new friend and continued to inspect his footwear.

Maybell spoke in a mocking tone, “Number 35…” then exasperated, “How many more to go? You’ve been here forever!”

“Shut up…” Howard mumbled under his breath with his back turned toward the wall and the unexplainable Maybell. The vocal picture was becoming more and more unhinged as the numbers passed, all the while drawing no attention from the mass of humanity surrounding her, no one but Howard’s.

Howard rocked back and forth in his seat, impatient to have his number called. “Not too many more now.”

Maybell chimed in, “48 more! You’ll die in this place! And what a hell of a place to die!”

Howard tried his best to ignore her, looking away and gripping the number in his tightening fist.

Maybell screamed. She had been screaming for the past 12 numbers, hardly pausing to breathe.

Howard was hunched over with arms folded across his body, rocking to endure this unendurable incessant endlessness.

“Shut up!” Howard shouted, jumping to his feet. Silence filled the room. No more idle distracted sounds. The poster hung motionless in front of him. As Howard turned around, he could feel the eyes pressing into him.

Howard shuffled past his row mates toward the counter and the smiling number lady. The expressionless eyes of the patrons remained fixed on him. They did not return to their distracted waiting, but watched and watched.

“Yes, thanks, I need to renew my license,” Howard said, glancing over his shoulder. Still watched.

“Yesss I can asssissst you with that. But firssst I’ll need the number back,” she said and reached out her hand towards him.

“Oh, of course.” Howard replied. As he went to pass the number across the desk, he realized his hand was empty. Looking at his palm, the card was gone but in its place, a blocky “63” was stamped onto his flesh.

“I can’t. I mean, look,” he said, reaching out to show her his hand. As he did, her hand closed vice-like around his wrist, pulling him over the desk. “Ouch!” he protested.

“No! Stop! Help, Someone!” Howard fought and struggled, powerless against the iron grip. None came to his aid, but he could see them watching silently as he felt her nails penetrate his palm to rend the number away.

“NO!” Howard screamed, letting out an anguished wail.  The wail was taken up somewhere in the room, then picked up by more and more patrons, returning it to Howard until everything was his own pained voice ripping from the mouths of the otherwise expressionless mass. Over it all he heard the cackling laughter of Maybell, building.

The sound of it swallowed Howard.

“Sir? Sir?” The number lady tried to get Howard’s attention, waving the “83” card in front of his face.

Handing the card back to him with a disapproving look she said, “You’ll need to wait your turn. 63?”

An old man shuffled past, gripping the “63” card and glaring at Howard.

Howard made his way back, not even glancing at the poster as he sat down, not noticing the smile spreading over Maybell’s face. 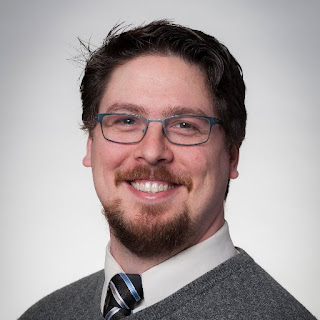 Zachary is an attorney from downstate Illinois, whiling away his days raising his child, romancing is wife, and periodically scrawling a piece of fiction. You can catch him on his weekly video podcast Triggered–https://www.youtube.com/channel/UC7MiPTnePhENPcBFl5wjvjw

Previous WEDDING DAY by Jeffrey James Higgins
Next A DEADLY WIND DOES THIS WAY PASS by Michael A. Raithel