The worst day for a wedding.

Alexander stared out his bedroom window and watched guests dressed in tuxedos and gowns take their seats in chairs arranged on the lawn in front of the altar. A hundred friends and family all waited for the big moment. Alexander and Julie’s wedding ceremony would start in exactly twenty minutes.

Why had Julie done it? Had he done something to provoke her betrayal? Was something wrong with him? Or was Juliet broken inside? Cheating with his best man.

But he had loved her. Or at least he had acted the way he imagined normal people expressed their love.

It wasn’t his fault. He had not wanted this to happen. This time, he had really tried.

Alexander stared out at his guests, then he looked down at his blood-stained hands.

The worst day for a wedding. 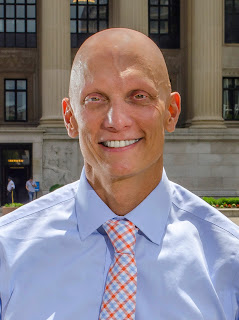 Jeffrey James Higgins is a former reporter and retired supervisory special agent who writes stories, creative nonfiction, essays, and novels. Black Rose Writing will publish his debut thriller, Furious, on May 20, 2021. Jeffrey’s nonfiction is represented by Langtons International Agency. Jeffrey is an active member of the Authors Guild, The Virginia Writers Club, International Thriller Writers, and Sisters in Crime. Find his writing and media appearances at JeffreyJamesHiggins.com.

Previous TERMINUS by Jim Towns
Next THE DMV by Zachary W. Clark