At first there was just one bicycle—a tiny, pink stingray with training wheels and a white wicker basket attached to the handlebars—that followed me throughout high school. Now there are more than two-dozen, but I don’t know how many exactly. I’ve stopped counting.

They follow me everywhere. To work. To the grocery store. To the park. Sometimes they line up single file, stretching more than a block behind me. Other times they circle like Indians circling settlers in old westerns. Sometimes they move so slowly I’m surprised they remain upright. Other times they speed to keep up with my panel van, their spinning spokes nothing but a blur of motion.

At night several of the bicycles rest on my back porch, held upright by their kickstands or their training wheels. Those with neither lean against the garage or lay in the grass.

As I approached the corner, I saw a little blonde squatting next to her bicycle, a tiny purple BMX with training wheels, its chain off the chainring and dangling to the ground. She wore pink shorts, a pink T, and scuffed white running shoes, and she couldn’t have been older than seven. I pulled my panel van to the curb and glanced around the neighborhood.

The little girl looked up when she heard my van stop. She’d been crying.

I ignored the bicycles circling us as I stepped down to the street and walked around to the sidewalk. I squatted so that I was eye-level with the little blonde. “Do you need help?”

The bicycles bunched up around us, their handlebars clicking together, their pedals whirring, but only I could hear them.

I looked around one more time and then I opened the van’s side door. “I’ll take you home.”

When I drove away with my little passenger, one more bicycle followed. 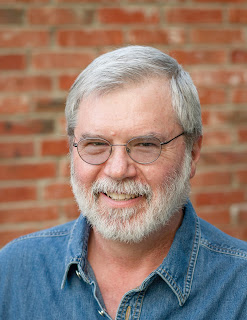 Michael Bracken is the author of several books and more than 1,300 short stories published in Pulp Modern, The Best American Mystery Stories, and many other anthologies and periodicals. He is co-editor Guns + Tacos, editor of Black Cat Mystery Magazine, and editor of several anthologies, including the Anthony Award-nominated The Eyes of Texas: Private Eyes from the Panhandle to the Piney Woods. He lives, writes, and edits in Texas.