Carl held his wife’s hand and listened until her last breath escaped from between her lips and the machine monitoring her heartbeat registered nothing. She had signed a Do Not Resuscitate order, and he knew no one would be coming.

“Why?” he demanded of the universe. Amy had been the love of his live, and during her slow degeneration via cancer, he had begged, pleaded, and attempted to negotiate with God to spare her pain and suffering, to give her back to him healthy and well. Staring at the ceiling, Carl said, “I would give anything for Amy to be alive and well and to feel her touch again, to—”

Carl turned to see a man in blue scrubs standing at the door.

“Anything?” Carl said. “No. I would give everything.”

Amy opened her eyes when she heard the last breath escape from her husband’s lips, and she slowly released her hold on his hand.

“No,” she said in response to the question posed by the man in blue scrubs standing at the door. “Carl’s better off where he is.”

LISTEN TO AN AUDIO VERSION OF THIS STORY! 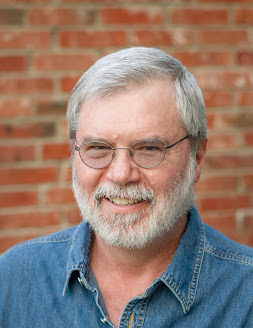 Michael Bracken is the author of several books and more than 1,300 short stories published in Pulp Modern, The Best American Mystery Stories, and many other anthologies and periodicals. He is co-editor of Guns + Tacos, editor of Black Cat Mystery Magazine, and editor of several anthologies, including the Anthony Award-nominated The Eyes of Texas: Private Eyes from the Panhandle to the Piney Woods. He lives, writes, and edits in Texas.