I stared at the yellowed photo, a before shot. In it, we were coordinated. Us boys wore blue shirts, and the gals wore green. Ma held me against her belly, and the rest of our clan, including Pa, tangled around her like puppies. I supposed one objective of the war ’tween the political left and right was to burn down those old ways. I liked the old. At noon, we’d usher in a new peace. I respected the articles of ceasefire directing us to stay put in our rooms, but, hell. I had to pee.
Opening my door quiet-like, I peeked out. At the stairs, Emmie kept watch. She banged the drum for the new United Government. Her head swiveled like a surveillance camera. A big ole ACR laid across her lap. I taught her to chamber, aim, pull, release, but she never whipped me at targets, never drew my blood in a fight. The UG’d probably confiscate guns after the peace signing. Baby sister’d never best me.
Piss seemed to snake up my throat. I stepped into the hall, and Emmie bird dogged—her dark red curls snapped to attention. Outside this house, the left killed the right, and the right slaughtered the left in retaliation. Husband against wife. Brother against cousin. Most families had lost loved ones. Inside, marble-to-fist-sized holes pocked our walls and testified to our squabbles, but we’d never really fought to kill. Now, in war’s twilight, Emmie jacked up the ACR’s eternity-making end with an air of business.
I lifted my hands. “Shit, Em. You sneak those long necks inside my room?”
“Bet Tilly you’d gulp all six.”
“You know I got to go.”
“Nobody opened your gullet, Oliver. But hey…if you gotta…”
“Yeh?” My head swirled from the beer. “You mean it?”
“Give you three seconds’ head start to the toilet. Fair’s fair.”
I froze. ‘Cause I wasn’t a clay pigeon.
A hallway split our family quarters by belief and gender, mostly, and the doors to the rooms resembling bunkers flew open. Pa slouched inside his doorway reinforced by sandbags. A dark bush tangled over his thin lips. Ma was like Em, a zap of red electricity. She watched Pa from across the way. My older sibs flung zingers at each other, ‘cause nobody said nothing about ceasing words. Emmie kept up a Grand Canyon grin. I’d make that ACR a bow round her seventeen-year-old head. She expected me to bolt, to come at her in the fog of need. She’d be right, except she’d expect me to wrangle for the gun. Lucky for me, our house had wooden floors.
I charged, slid low on my boxer-covered rear, and sailed beneath the wild-eyed hunter. She cussed and opened fire.
“You got shit for brains, gal?” Pa yelled. “That’s your brother!”
“Give me that gun,” Ma ordered.
“He violated the articles of truce,” said Em. “I can shoot to kill!”
I hit the top of the stairs, grasped for the railing, and missed. Damn those drinks. Em unloaded three shots in quick succession. I tumbled ass over armpits down the first five steps and sprawled eagle-fashion next to the dining table. Risky for an unarmed and mostly butt-naked fella. My world clouded goosey cotton white, and Em, she bent in close.
Her breath tickled strands of my wartime hair into my eyes. “Got you, little bird.”
My view up eternity wasn’t inspiring. I shoved her shooting arm, and the shot went wild. Over the leather couch I scrambled like last summer when the Abandon America gang stormed the neighborhood and we circled the wagons against their home invasion. The freaks trolled for misfits—folks who’d pledge blind loyalty and killed on their command. Our family’s solidarity stopped them cold.
Sometimes, like when Em white-knuckled her ACR and gazed through eyes of flat marble, I wished I hadn’t discovered the hide-out where they’d fled with her as their captive. The gang’s death cries lingered in my ears. Her cries did too: Don’t kill my friends, Oliver! Don’t kill them. The gang’s medallion of a fist squeezing a heart still flashed from a chain at her throat.
I bolted past the family room, the kitchen. She pursued, and Lordy, the no-man’s-land of the bathroom beaconed. Em clung to revenge. She needed a way back.
She fired. Hot metal punched into the door and shredded the wood to cheese. Again, she fired. I slammed full body onto the broken tile floor. The fall snatched my breath. The momentum carried me forward. My head cracked against the toilet, and my vision swam.
Em filled the doorway and pointed the graveyard end. Her lips quivered. “I could, you know.”
The UG’d abolished the left and right. Far as I was concerned, only one side mattered. We’d be whole again, like in the photo, but only if Em laid down arms. She and her ACR resisted because of the gang. Fighting seemed easier than forgiveness and mercy. She hadn’t let me touch her since her return, but I stuck out my hand, because the only way home was over a bridge.
“Why should I?”
“‘Cause I love you, baby sister.”
She just stared til I figured I’d pissed myself. Somewhere in the house a clock chimed noon, and upstairs, my family cheered the end of political feuding, and Em’s fingers slid into mine.
Later, our clan gathered around the holovision like in before times. The new UG Premier prepared to take his oath of office, and we’d bear witness. Clad in green, he emerged on-stage to fireworks raining phosphorous streaks. Sorta’ squeezed a fella’s talk box.
Media drones dive-bombed for a head and shoulders close-up. Oh, hell. I shot off the couch. Em smiled a little smile and fingered the gang’s medallion. Upon the premier’s collar the very same symbol flashed dark iron, no doubt displayed for all the world to see.
CLICK HERE FOR AN AUDIO VERSION OF THE STORY! 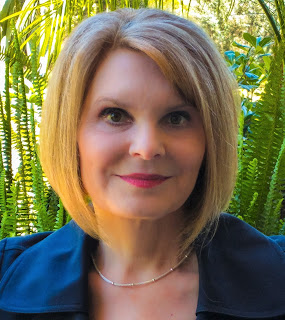 Ara concluded a decade ago that her true calling is writing and chalks up earlier careers in warfighting and cancer diagnostics sales as finding her way home. She holds a couple of fancy writing degrees, and she’s an editor to boot. Her best advice? Live in SoCal and drink Maxwell House coffee daily. Both are hot. She writes mostly speculative fiction.