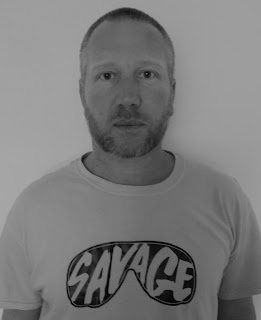 Tom Leins is a crime writer from Paignton, UK. His books include Boneyard Dogs, Ten Pints of Blood, Meat Bubbles & Other Stories, Repetition Kills You, and The Good Book: Fairy Tales for Hard Men.

Previous MEMORIES OF FIRE by C.W. Blackwell
Next TRUCE by Ara Hone